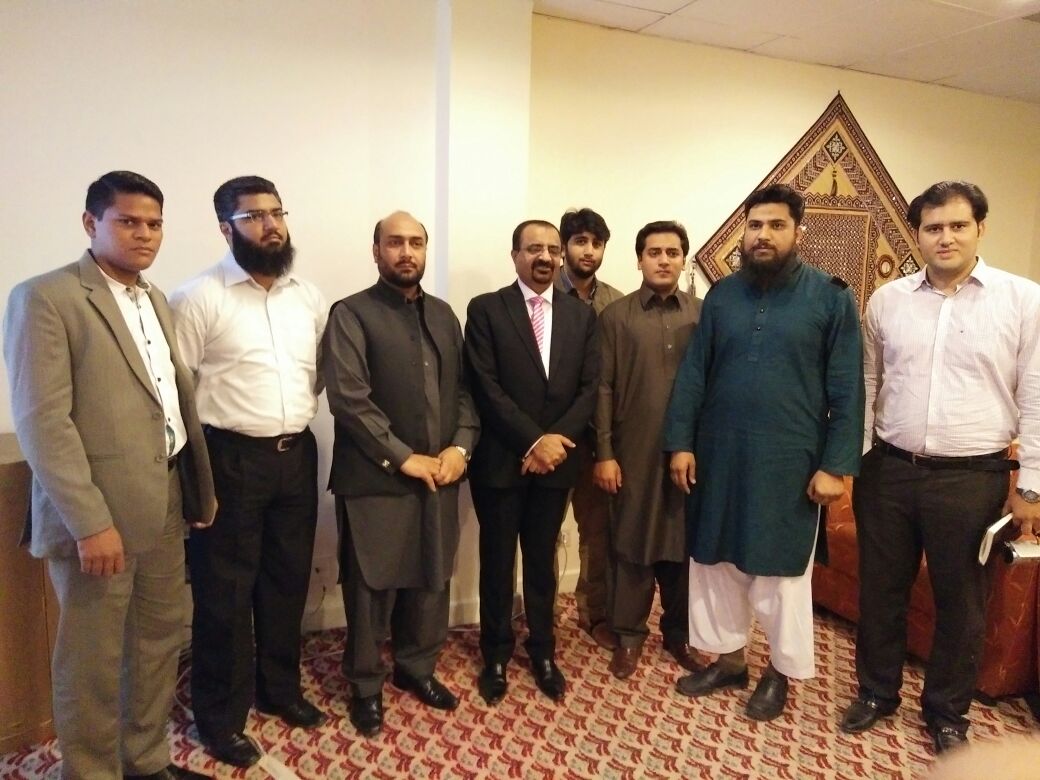 It was really nice to see Mr. Ashraf Choudhry first time in Islamabad (The capital of Pakistan) and people were very motivated to meet him. Although it was Sunday and most of the people have their own schedule or they want to do rest but still a good strength has attended that session.

Session was started with a quote :

Why some people WIN while others REMAIN LOSERS ?

As described in above paragraph that there are three main things which are doing right things, follow truth and be a patience.

Its a mind-set game that by doing these three things we need to think like a winner and definitely we will win. Its because of a well known statement “Law of cause and EFFECT“.

So whatever we think about our life and do planning then investment and hard work. Our life becomes accordingly.

The moment a slave starts thinking like freedom fighter, he becomes Nelson Mandela

Even though Nelson Mandela was served 27 years in prison but his thoughts / mind was freedom fighter. Amid international pressure and growing fear of a racial civil war, President F. W. de Klerk released him in 1990. Mandela and de Klerk negotiated an end to apartheid and organized the 1994 multiracial general election in which Mandela led the ANC to victory and became President.

Of course only thoughts are not enough but we need to transform our knowledge into skills.

Ashraf Choudhry also shared story of Nokia that it was founded in 1865, in 2014 they have 61,000 employees, sale was in 150 countries, annual sale was 12 Billion Euros and 276th largest company in the world.

But in current era Nokia has been failed.

Nokia’s CEO statement : “We did not do anything wrong, but somehow, WE LOST”.

In fact, Nokia didn’t accept the change or transformation their technology up to latest era and that is the reason of failure.

Hence proved that we need transformation with the passage of time otherwise we can be failed at any stage.

A famous American management consultant, educator, and author PETER DRUCKER said that “Did you upgrade yourself in last two years ? ”

Normally people hesitate to take initiatives because of

So Ashraf Choudhry shared a tip to kill fear and that is “Become Attention Grabber“.

As per Peter Drucker, there are two investment which we should do on our selves.

In above formula, If we have no sales or less sales than inventory then that will be only scarp so our inventory and sales should be equal so we will be having 0 scrap.

In above formula, if we have no utilization of talent then of course it will be totally failure. so we need to utilize our talent by initiating or helping others so we will be confident to do things in a better way.

Second last thing was to inspire people. Inspiring people is a process of being mentally stimulated to do or feel something, especially to do something creative. Also, it motive surrounding people and reflects in a good way to improve your self. Some people are looking for something hints or clues and these inspirations are good triggers to do something.

The last point to be successful is we should be Persistence. Persistence is the Key to Success and so important to your achievements in life that will eventually and certainly will pay off. Ask yourself, how many millionaires have you meet that function in easy and non-difficult situations, or haven’t labored hard to obtain to exactly where they are today. The only types I know is those that had been lucky enough to inherit.

At end, we summarize that we should follow 4 things