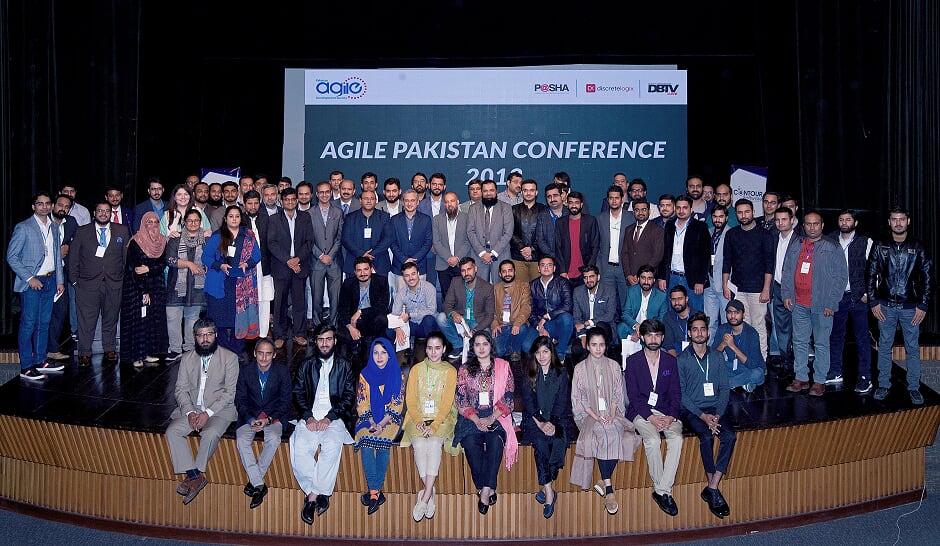 Agile Conference Pakistan was 6th annual event by Pakistan Agile Development Society which was founded in 2014. in 2019, national board of society authorize Islamabad chapter to organize in Islamabad.

Being President of Islamabad Chapter, It was an honor for me to do in 2019 as society was recently transformed into a proper structure in 2nd quarter of 2019.

A pattern was followed since 2014 that mostly in October and 3rd Saturday will be the conference day so team decided to go with 20th October-2019.

It was bit difficult to organize because of chehlum of Hazrat Imam Hussain R.A. and Islamabad team and National president come up that ok lets shift 2 weeks forward the schedule and new date was 2nd November 2019.

It was all going good and as we all know that “if life is smooth that means no new learning so no learning no life”.

A new challenge by a political party arrived that they announced a dharna (strike) in capital of Pakistan and they wanted to block all roads.

We started planning of alternate venue and other stuff but just a day before event means on 1st November that political party changed their stay plan at dharna and we postponed the conference at 11th hour.

No doubt it was a difficult decision but we have to do because of security reasons.

After a week, we announced new date which was 16-Nov-2019 and on that day, it was a thunderstorm and we were in a state that what happen to this year that it was postponed and still its an other challenge that people are facing rain to join at venue.

Still it was good number of audience and attended the event, few of them were traveled from Lahore, Faisalabad, Sarghoda, Peshawar and Mansehra.

The lesson I learned is that there is no need to be worry for that stuff which is not in our control. Stay Calm and Trust on Allah 🙂